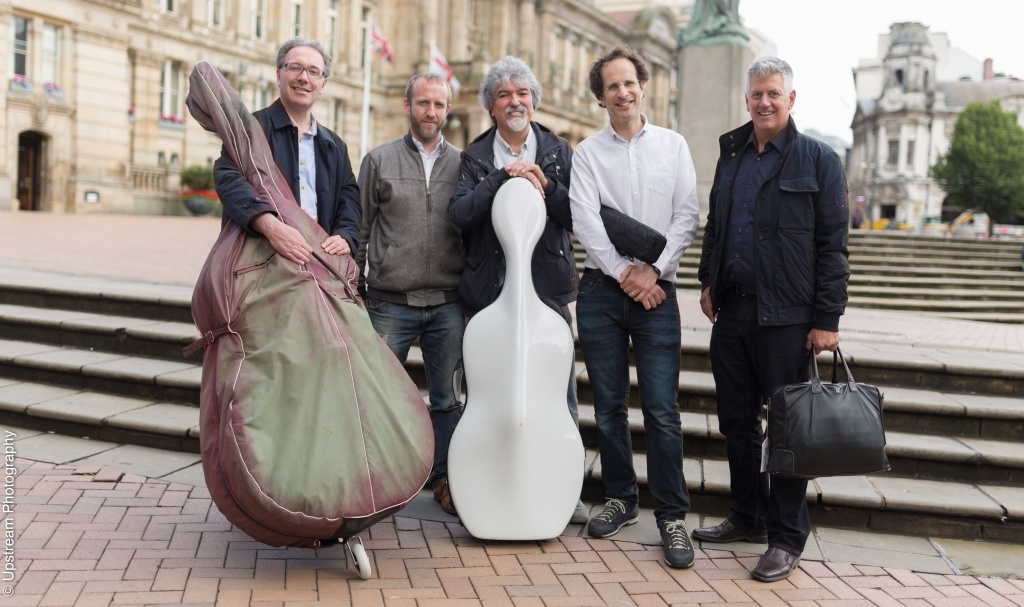 El Ultimo Tango is a quintet created by Eduardo Vassallo, Principal Cello of the City of Birmingham Symphony Orchestra, in 2002. The ensemble consists of flute, sax, cello, bass and piano and it specializes on Argentinian music with particular emphasis on the music of Astor Piazzolla. Since its creation the quintet has performed all over the United Kingdom in venues such as Symphony Hall, Birmingham, The Royal Northern College of Music, Manchester, the CBSO Centre, The Cervantes Institute, London, etc. Their third CD “One Hundred Years of Tango’ was released in January 2017.
"This largely CBSO-based quintet has, in a very short time, made itself an expert exponent of the music of Astor Piazzolla, using resourceful and sympathetic arrangements created by bassist Mark Goodchild"

"The playing of the quintet is assured and affectionate"

"Mark Goodchild’s arrangements are extremely effective. The euphonious blend is rather sweeter than most Piazzollan ensembles largely through the inclusion of the flute and cello"

"El Ultimo Tango clearly greatly empathise with Piazzolla’s vibrant, fiery tango music. They play with joie de vivre. There is a feeling of freshness and spontaneity about it all"